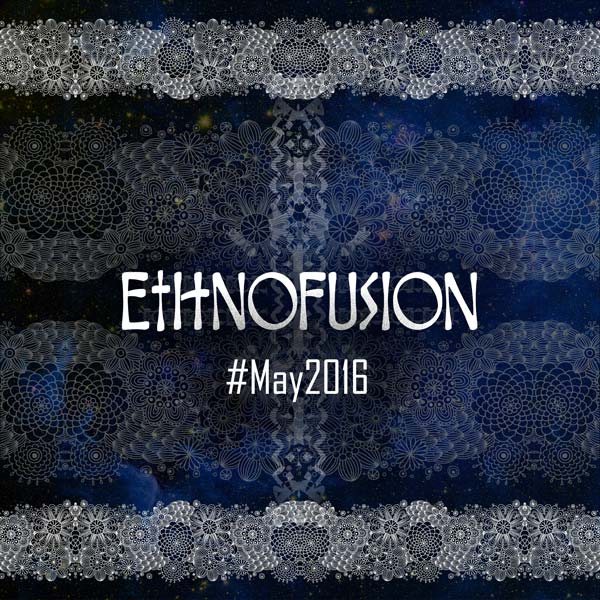 Almost certainly the dopest ethnofusion track I will hear this month. Both Streamer and Bandish Projekt have shown their worth on this blog before and this month, they have perhaps topped themselves. What we have here is ethno neuro bass music written in 5/8, accompanied with the beautiful vocals of Aishwarya Joshi to create a soothing yet hard-hitting soundscape that is simply completely unique. Artists often experiment in writing in other time signatures but they rarely make it sound as effortless as this Last Sacrifice redo sounds… and that’s not bearing in mind that there’s an amazing fusion styles happening here.

One of my favourite reggae dub riddim artists, DTR comes out with this steppa-style banger this month which ticks exactly everything you’d want to hear from a whirling dub. Immaculate drum design, beautifully fxed horns, keys, bleeps and soaring desert-infused wind instruments. The tune is available for download as a part of DTR’s full length Vibe Machines and you should snatch it with wolverine claws at first chance. I have zero doubt that it can knock the Babylon out of any rootical dancefloor.

Released as a part of Visionary Shamanic Recordings’ recent VA, Icaro strike back and lifts off the planet on an earthen solar journey which is pure fire; it is probably safe to say that Icaro flew quite close to the sun with this one. The VA comes packed with various other artists from the downtempo psychedelic scene including our own Mettakin, and it is definitely worth checking out if ethnodub floats your magic carpet.

Muti Music and Gravitas artist AMB comes out with one of this month’s finer tuned shamanic musical offerings. Here we have multi-layered, well-instrumented haunting temple trap to pray and astronaughtically dance to. Quetzalcoatl be bumping this one for days.

KESHOB is a newly discovered Estonian artist who’s found his way on our radar with his ‘Awake & Arise LP’ and it’s quite a blessing to listen to. The album’s obvious meditational purpose can be deciphered from the title, and each song has its own medium of portraying this message. There are songs in a traditional psychill/dub style, some psychedelic techno-esque stuff, some super ghostly ethereal zenstep and other psybreak type of things. Not everything here is ethnic or especially ground-breaking but it sounds very unique in production while taking a lot of influence from atmospheric techno music. Standout tracks such as Resting Place, Oh Dear, Supersoul and Burden of Love hit home on a highly elevated scale and are definitely worth your Yoga time.

Fresh out the ocean, the Aquatic Collective hit back with their second compilation this month, featuring some equally heavyweight OGs and newcomers in the album’s rich line-up. With main focus on aquatic squelchy psychedelic dubbery, this album will leave your ears wetter than a diving otter (no pun intended). There are dribbling sounds all over this one. So how does it tie into Ethnofusion and the Outtallectuals write-up beyond that? Firstly, a few artists like High Dude, Ac-Tone and Anchor Hill who are regularly involved in our projects are contributing to this album. Second, some of the songs on this album have a beautiful ethnic overtone which we’ll cover in this write-up; however this is not to say that you don’t need to hear the whole thing.

Owl & Clearlight’s Bloody Moon is a very unique melodic adventure, mixing elements of liquid, atmospheric, ethnic and tribal music in an ambient and minimal drum n bass package. The Haiti mix of Kaya Project’s Eye of the Strom is a full-on organic instrumental mid-tempo psychedelic beauty and the previously blogged blissful ‘resquish’ of Sacred Sound’s Waves by Shanti also finds a home on this compilation.

It’s also worth mentioning that despite being available for free, you can also name your price for this album in order to raise funds for MAPS, the Multidisciplinary Association for Psychedelic Studies. Respect goes out to the Aquatic crew for their aligned ethos and curating a highly dank and damp compilation.

As a new addition to the musical entheon known as Shanti Planti, bioLuMigen unveils the vaguely titled ‘…ua.ka.r.ak.au…’ EP which features the following covered track ‘Philosopher Stoned’. The song stands out from other psydub / midtempo sound on the label with a very raw hiphop fundament which is used as building ground for some highly meditative sounds to follow. It sounds like classic psychill music but with a very thumping 2016 edge to it. It’s definitely a noggin-bopper that’ll have your dome shaking to the core.

CloZee’s Revolution EP which raised wild standards all across the board and was blogged on this column has gotten a refix featuring some of Gravits Recording’s most hard-hitting artists and it is definitely an effort that you need to hear about. There are 10 remixes offered here for a name your price download and the standout tracks include AMB’s deep mellow rendition of the title track and The Digital Connection’s squibful redo of the same track. This is Gravitas galore over here and for anyone who digs the label’s sound, you need to dip your consciousness in this one.

Earlier this month, we released Mettakin’s debut album for Outtallectuals and among the swampy dark glitched-out sounds of the album, there are tribal elements to be enjoyed, such as that of this song, Ruszowi which bridges African tribal chants with a mid-tempo swamp-hop aesthetic, generally heard in Mettakin’s music.

From an EP of the same name, released through Pouvoir Magique’s own Paris-based label / crew Mawimbi, the duo create this song, have it remixed by Loya and remind us why they are such a unique musical group. They are one of those artists who can easily stretch a song over 5 minutes, put musical elements from Tamils and tribal afro-beats in the melting pot, and create a whirling, repeating aural trance. A refreshingly different score than our normal inclusions and for fans of music with Hilight Tribe vibes.

The Ethnofusion Don is back with a stellar global dub-driven bass track which is coated in an amazing melodic gypsy overtone. For anyone into roots or world music, this is as neat and master-class as their mixture sounds. The ironic thing is that this song is apparently not even finished and one can wonder what kind of wizardry it can accommodate. Until then, enjoy this outworld traveller dub and hopefully be the time you are back in this world, there will be an updated journey.

We have a new artist on this blog; presenting a new banger trap artist whose level of detailing really hits home to deliver on that ‘big sound’. Orients is gangsta, spiritual, faded, organic and digital all at once.

Bringing the heaviness with this one, dark trap artists NextRo & King Kong Music turn to Hindi trap for a sluggish and trippy score. Basically this is what would sound like if lord Shiva took Salvia and Ecstasy at the same time. Now shoot me for sacrilege.

Both of the previously blogged artist and label, Mudra and Muti Music are back in this edition with this heavy trappy affair giving you that desert scorpion sting bang you need for your lowrider drive-by twerking on coastal Persian gulf; the high tension soundscape also signifies the amount of adrenaline you’d need to pull something like that off without getting a limb cut off.

Appropriately titled artist name here as this is just straight-up ignorant trap bass shit, combining some haunting trappy vibes with soundbites proclaiming a ‘New World Order’. RUDE’s compositions are minimal but effective and this can be seen in the other offering this month; ‘Ecstasy’ with its amazing transposed flip-work. There’s a certain unidentifiable aesthetic to his minimal sample-laden trap which stands out to the other stuff you hear in this style. Listen and you’ll know what is meant:

Ethnic releases from Ouroborous Recordings are starting to have a very distinct banger trap sound that is instantly recognizable and highly recommended for a turnt trapstep dancefloor. Most of their tracks in this style sound as crisp as a freshly baked tortilla and with all the vibes that’s sandwiched between, this stuff is set to meet your hunger for ethnic goodness. 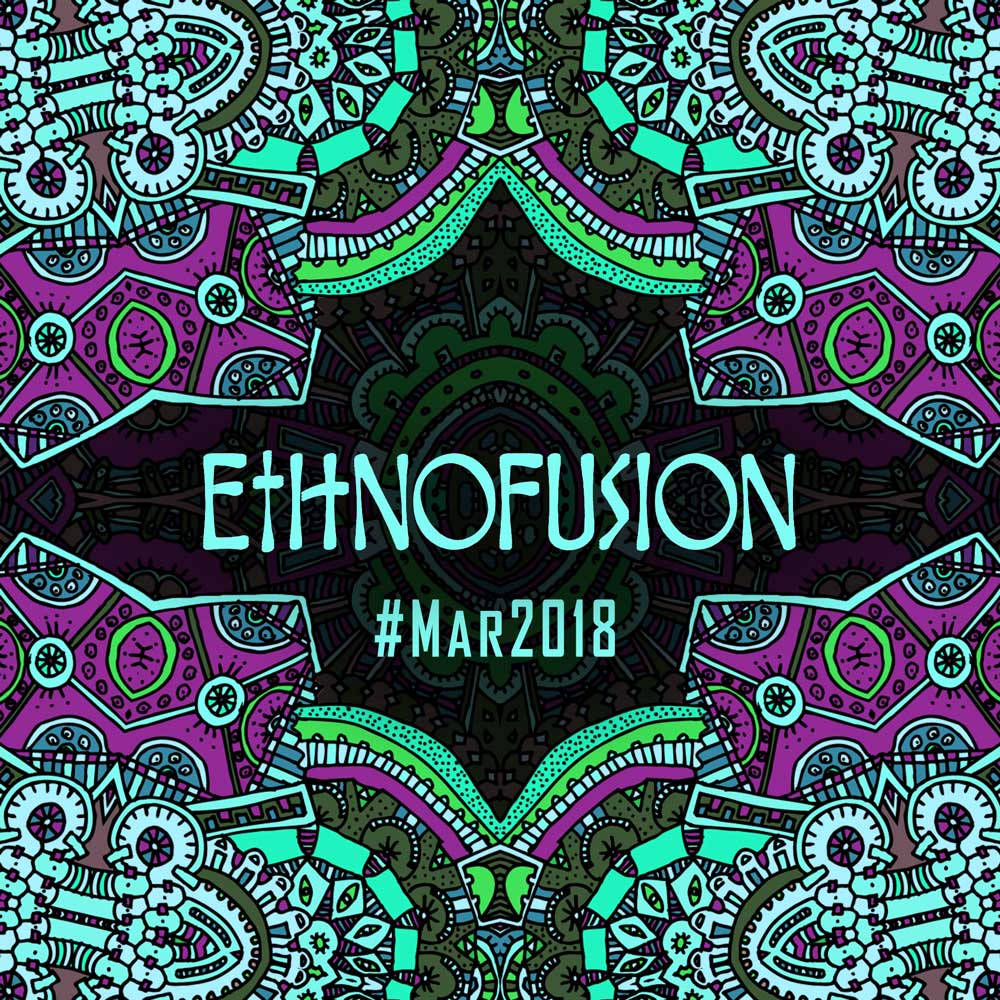 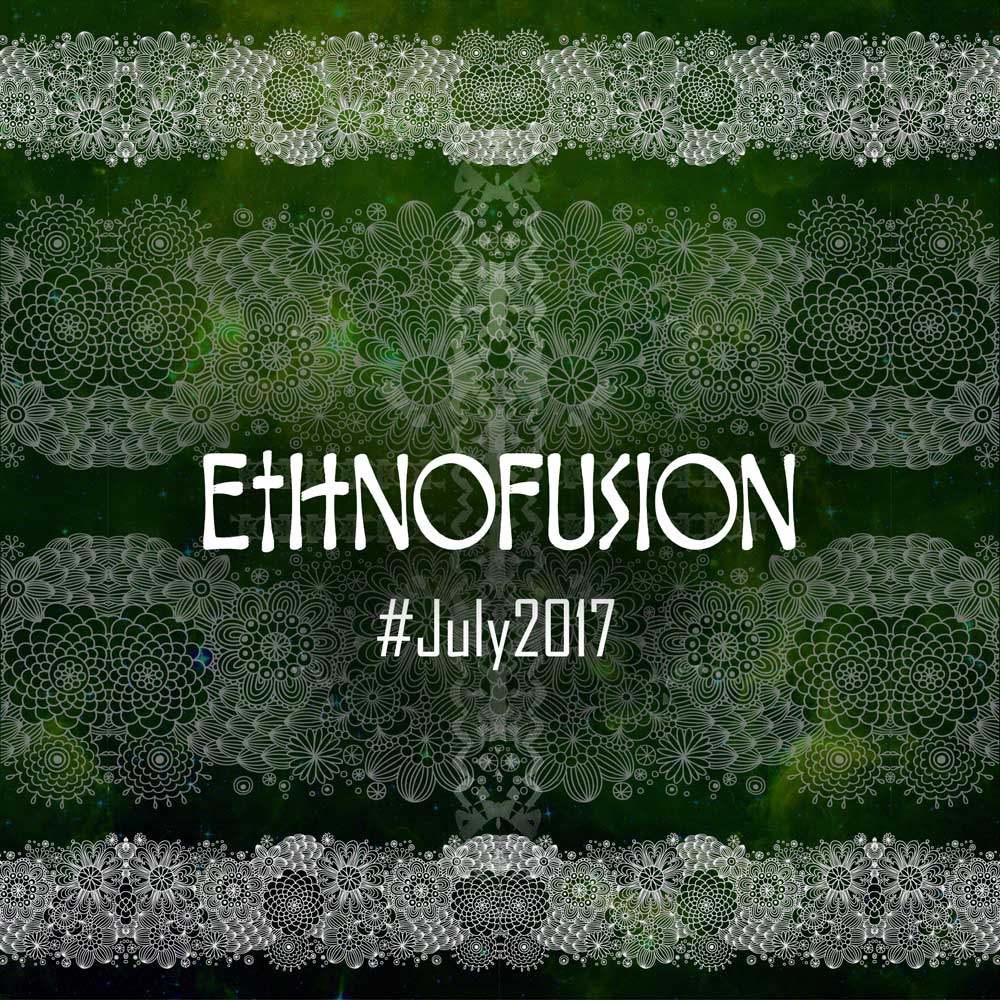