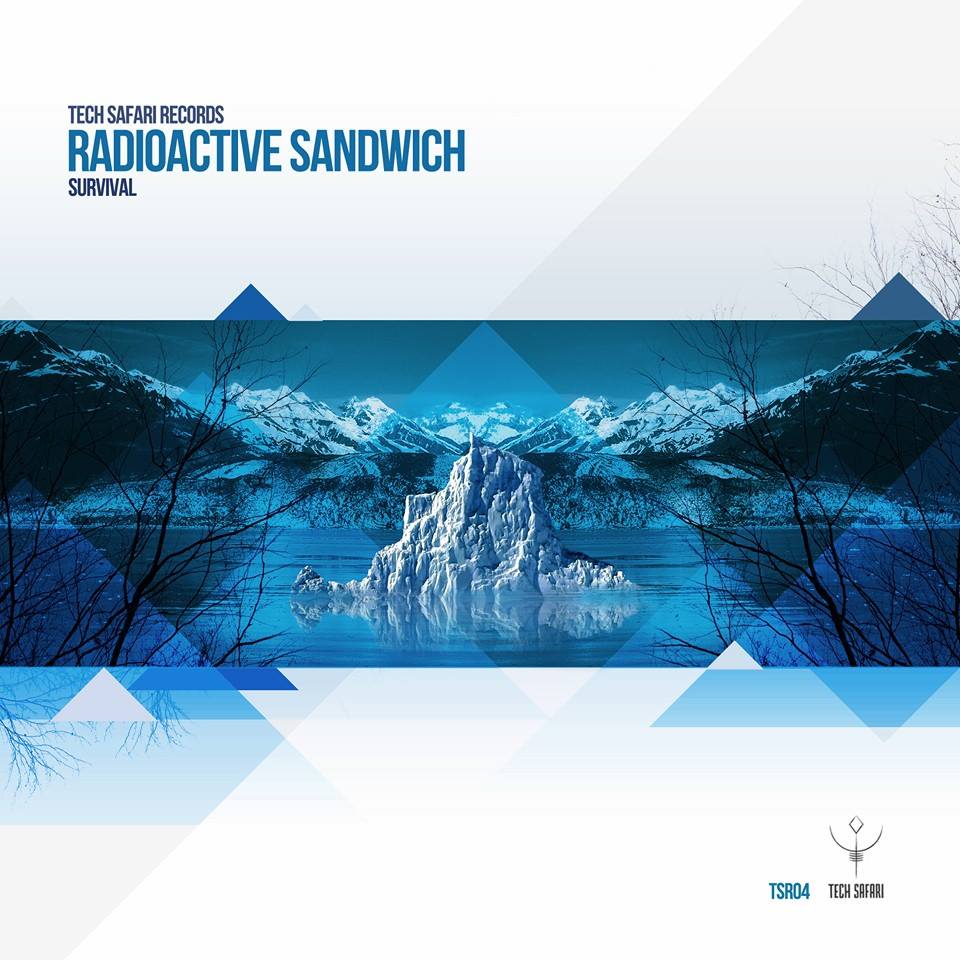 I first heard of Radioactive Sandwich through Globular. It was the teaming of these artists on the ‘Sorbet for the Soul’ EP; a super fresh collaboration idea where the artists would remix each other’s songs, Mango and Lemon, to create ‘Mamon’ and ‘Lengo’. So it was that Radioactive Sandwich (RS) came on my radar. With the new Survival EP out on April 4th and the preview clips becoming available, I was more than delighted when I was approached to articulate my opinion on the release. Here is our 14th edition of Searching for the Omni-dimensional (#SFTOD). Enjoy!

The ‘Survival’ EP starts off ‘Ex Nihilo’ with a multi-layered mellow string and synth melody giving way to what can be described as celestially epic album introduction lyrics:

It then whirls into a psy-dub quadriple O bOOOOm of a beat kick in. The song sets a scene which becomes more and more apparent in the release and that is the range of sounds used are extremely impressive. While they all complement the bass groove laden melody, they bring a fascinating element of surprise. There is a great balance of repetitive (stability) and non-repetitiveness (surprise). This allows the songs to sustain epicness for a very long time, making the average 9-minute tracks a great listen.

There is a healthy amount of ethnic influence in the music through tribal drums and sounds as well as mid-eastern/gypsy scale keyboard leads. The vocals also fit the music very well, lyrically and musically. While this brings a very organic feel to the record, the guitar riffs such as the indie-escue lick in Ex Nihilo also balance out the digital feel sufficiently.

The Storm (clip) by Radioactive Sandwich

The second track ‘The Storm’ is a refreshing psychedelic mid-tempo track that bears the true meaning of progressive music. From the electronica style beat to the soaring desert leads and post-prayer epic female vocals, this song  creates an incredible concert ambiance. While the general feel of the track is chilling, it definitely also has great potential to be a summer festival-worthy track.

The third track ‘Icefall’ is a nicely glitchy and bubbly psy-trance at it the genre’s most prime form. Now admittedly, I am no master, expert listener or curator of anything psytrance, and my knowledge of the genre only goes as far as Infected Mushroom, Astrix and Shpongle, but one does not have to be an expert to understand this isn’t an average run of the mill psy-trance tracks. Sounds have perfectly balanced evolution from melody to FX and the rock-inspired guitars are also evident.

One thing that can be said with no doubt is that this record is a great psychedelic music gateway for those not too familiar with this type of music. The remixes offered also most definitely help towards this aim.

The Globular Remix for Icefall starts off with a great tease of unpredictable evolution into drum n bass. With trance style delays, Globular-style effected vocals, DnB style drum-work and bass riddim, and appropriately timed laughing samples, it is most certainly a fresh mash of genres. It’s basically what happens when an already cross-genre influenced track gets even more cross-genred. I’m tempted to give this one the title of ‘Psytrance and dubbass’.

The Tron Sepia remix of Icefall is also an impressive genre-bender. The majorly unexpected transition from psytrance to dubstep is definitely further testament to the gateway nature of this release. This then evolves into somewhere that can be identified as tribal psystep n eventually into a bombastic dubstep peak with Nintendo sounds, bells, space odyssey synths. It somehow managed to delve back into psytrance and back into dubstep.

Overall, clocking in at 45 minutes, this is definitely in our omni-dimensional certified rank of reviews. The transitions between genres are some of the best we’ve seen yet and it is extraordinarily broad in terms of appeal. It is also great music for doing and focusing. There wavelengths can be equally enjoyed as background and foreground music. A lot of respect to Radioactive Sandwich for doing this EP and pushing the envelope, and also to their finely chosen remix artists for providing more than just icing for this cake… or shall we say ‘yellow cake’?

Quick props should also be given to Polaris for great mastering work. The level of sound, definition and volume offered in this EP is absolutely prime.

Q. What’s the influence behind your music?

A.  Everything. We just write whatever is inspiring us at the moment, whatever comes out of our heads at that particular time. We live very different lives outside of the music, so we bring that to the table and it really influences what we do. We also come from very different musical backgrounds. Slice One grew up with more electronic, hip-hop, RnB, and classical music, so he tries to bring a bit of all those influences. Slice Two grew up as a metal kid who moved on to industrial, finally landing in the psychedelic. He stills love metal and rock, so that has a big effect on what we do as well.

Q. Radioactive Sandwich. I know you guys make nuclear music, but is there a deeper meaning to the band name than this?

A. Not in the least bit! The whole name came from a joke. We want to keep it light and fun. Occasionally, there are deeper meanings to certain titles or lyrics, but most of the time, it’s all about having a good time and staying entertained.

Q. Why do you incorporate so many styles and types of sounds in your music? Was it a conscious decision?

A. It’s not really a conscious decision in that we sit down and say “Alright, I want a dub track with Middle Eastern vibes and a southern rock drum track.” It kind of just happens. One of us starts something, it piques a certain part of the other person’s brain, and it just builds from there. Sometimes we have a certain vision. When we did the Globular remix of “Up the Xylem Elevator”, for example, we knew we wanted to make it a badass old western type track. That’s where a conscious decision comes in. Usually, though, those conscious decisions come more during remixes than our original stuff.

Q. To me it seems that minds behind such music should be very well cued up and rounded. Do you guys do anything artist / scientific outside RS?

A. We both lead very different lives outside of the Sandwich. Slice Two is a teacher, and Slice One works in the music/entertainment business. We’ve had lots of varying life experiences, as well. We were also fortunate enough to have very supportive families who helped us grow into who we are today.

Q. Radioactive, Survival, Ex-Nihilo, the Storm, Icefall. To me it seems there is a nuclear apocalypse theme to this EP. What’s your take on the theme of the album?

A. We played Open Mind Festival in August of 2013 where we met DJ Rikam. He loved our set and asked us if we’d do an EP with his new label, Tech Safari Records. He wanted something that mixed all of our genres, so we set out to make kind of a journey. ‘Ex Nihilo’ starts off with a more organic approach, which leads into the slightly more electronic and “cold” ‘The Storm’.  From there, we decided to end with something almost totally electronic and mechanical with ‘Icefall’. The title came from the idea that the EP almost tracked the end of the world, going from warmth and life to a cold and mechanical future.

Q. There is undoubtedly a cosmic vibe to the lyrics in Ex Nihilo. Can you elaborate on that and the reasons behind the song title?

A. The title actually came from a comic book. Slice Two is a huge comic junkie. In a current story line of the Avengers, there’s a new character called Ex Nihilo who can basically create life. Two did a bit more research and found that the name actually meant “Out of nothing”, which inspired the lyrics. This celestial being traveling the stars, almost watching the universe slowly go back to nothing.

Q. What are your dream festival appearance/ artists to tour with?

A. Shpongle, but isn’t that everyone’s dream in the psy scene? In all reality, we’d love to do a big showcase with some of the guys we’ve worked with.  A show with Supersillyus, Globular, and Tron Sepia would blow people away, especially if we did it in a way where all of us could perform together at different points throughout the night. We’d also love the chance to play a more mainstream festival, for the chance to bring this music to some new audience.

Q. Finally, if you had the chance to convert someone to psychedelic music in one sentence, what would it be?

Thanks for your time!

‘Survival’ is released by Tech Safari Records on the 4th of April. Buy album on iTunes, Juno or Amazon. 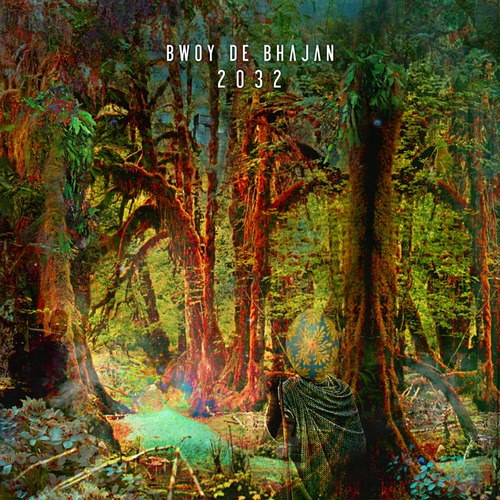 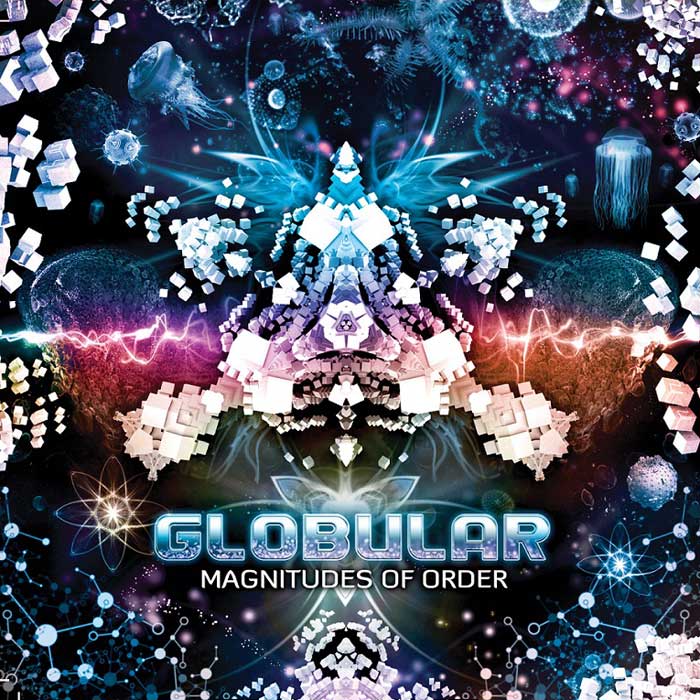 Searching for the Omni-Dimensional #011: Globular – Magnitudes of Order 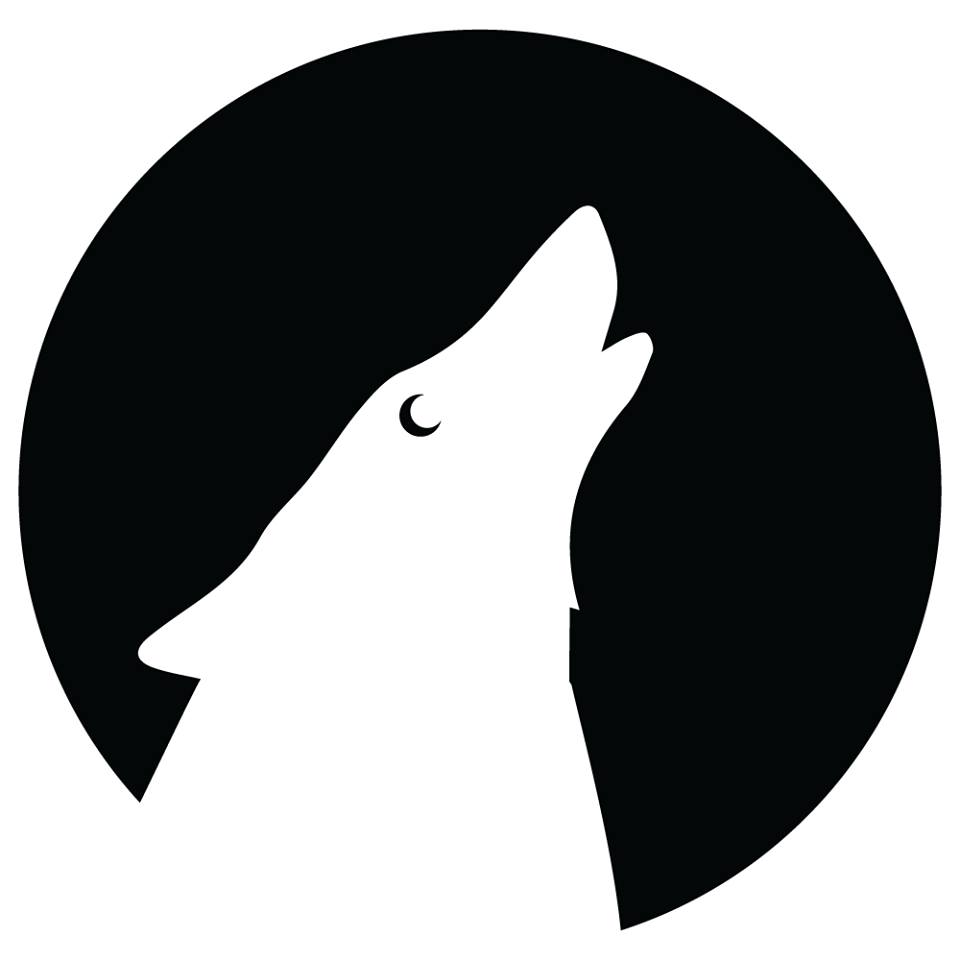