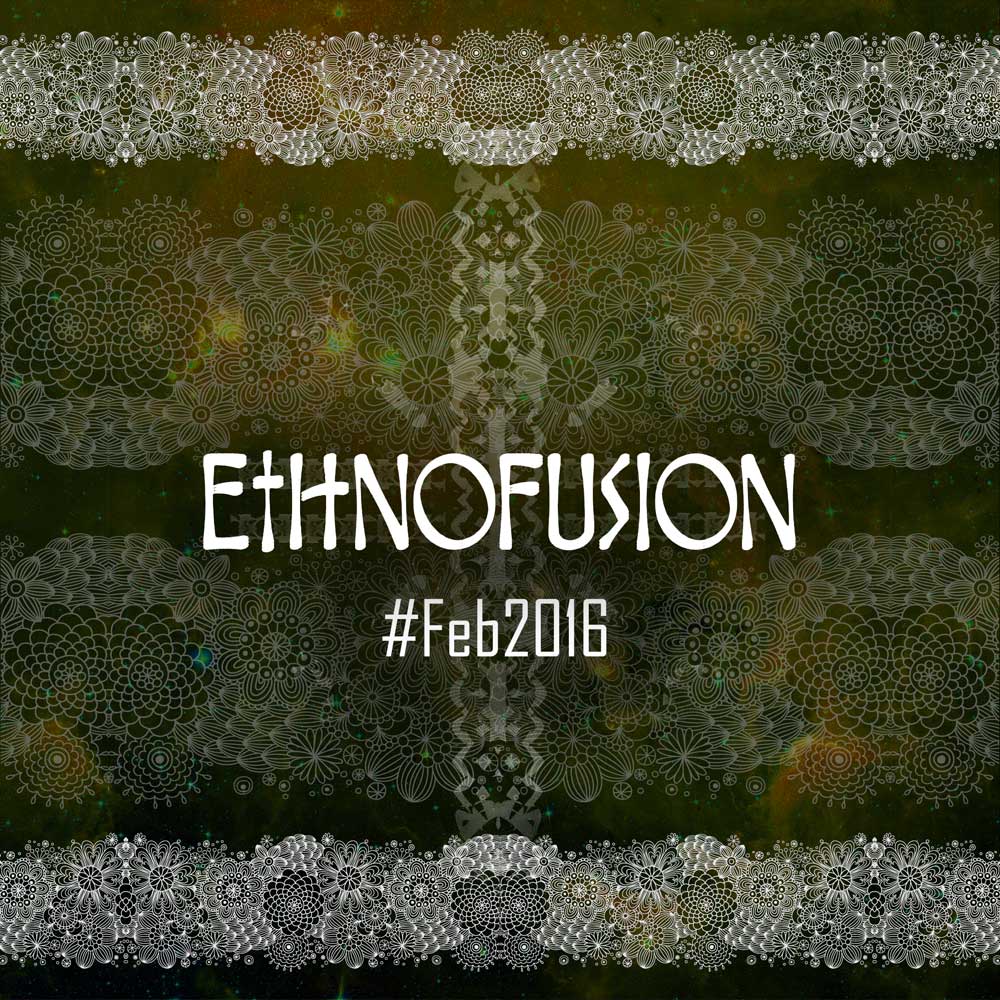 Anchor Hill – Trees by the Sea of Compassion

Released as a forthcoming preview of the Anchor Hill album to be released sometime soon, ‘May The Forest Be With You’, this song really hits the perfect ethnodub vibration. It’s at a stunning level of production, with all instruments played by the Outtallectuals native Anchor Hill, a.k.a. Rich Heart himself. This is the level of production that he is capable of and although he can be seen experimenting with a variety of styles, this is definitely the top of the game and a great indication of brilliancy for this album to come.

An absolutely stellar release from the ethnic / psy bass don; speaking in terms of sound design, mixing and mastering and overall quality, this is something that only a true professional can pull off. It doesn’t rely on one element to make it amazing. Everything is working in unison to create a final product to rumble the listener down to the core. Having said that, Laurie Ann Wood’s voice adds an incredibly beautiful and delicate touch to this song. If this is any indication of how brilliant his upcoming album, Decedance will be, then there’s already no doubt what our top pick for next month will be.

A follow up track from the same EP by these two producers who rocked the socks of our blog with their previous tune, DIVA. The combination of Martin’s Garden’s hypnotic and brilliantly designed psydub, and Yechidah’s live instrument recordings work as a perfect treat, creating that ideal organic / synthetic balance. Haunting mystified Mesopotamian rubbadub wizardry of monk-level spirituality.

Another member from the recently formed Mindflip crew (including the above-mentioned Shanti), Spaceship Earth has released his take on the dark yet positive realm of ethnosquelch dub under an album entitled, Interdimensional Passport. The two mentioned scores have been identified as stand-out tracks on the album, with their mixture of this form of dubbery and plentiful live instrumentation. It is indeed refreshing to hear soaring lead guitars, strings, vocals, basses and sitars on these productions, something that seems to be lacking on a large number of recent psydub music. Steller progress from Spaceship Earth and two highly impressive offerings from the artist and his contributing musicians.

Everyone who knows a thing or two about this style knows who Starfire is and frankly he doesn’t mess about when it comes to positive ethnofusion goodness. Tenaku is chosen on this list because of its fantastic use of nature foley and live instrumentation. The vibe it produces is also akin to those epiphanic CloZee moments which make you want to shout, “I HAVE FOUND THE MEANING OF LIFE”.

The Ovnimoon native, Dimmat has created a soundscape with Voices of Earth which propagates the sort of fear felt during the soul-wrenching sacrifices of Mayan tribes, or the vigilant distress caused by days of starvation on an equatorial desert. Fusing this morbid energy with post-Morten outer body experiences of afterlife acceptance, the song evolves into a spiritual theatre of Sufi wailing and orchestral reincarnation. A must-hear for those interested in slow downtempo eeriness.

Taking the dubstep mogul’s recent tunes Land of the Stone and The Ark, and revamping into this mash-up monster, Wuzzup’s deep dank dark wubarama has enough punch to create a blackhole around any decently-sized subwoofer, while transforming venomous scorpion sting into a teeth-gritting stream of agony.

One of the most prolific world fusion projects known to 21st century bass-heads gets remixed by a huge group of veteran and non-veteran producers alike. Everyone from Desert Dwellers, Bwoy De Bhajan, and Master Margherita are present, as well as a handful of bonus original tracks (perhaps B-sides). There’s a good number of uplifting angel-covered winged mid-tempo music present here, with Evil Oil Man, Tor.Ma in Dub creating absolute gems, and Bwoy de Bhajan creating his first production in nearly a year but doing it to stellar platinum-level yet again.

Geminid is a mid-range mid-tempo psychill/dub tune from Living Light who echoing their artist name create this slowly evoking Hindi-style bass-driven sonar enlightenment piece and give to listeners the sort of sound appealing to classic appreciators of the style. Nothing revolutionary in terms of composition but everything evolutionary in terms of the message; the sort of thing you’d like to rave to on top of a Himalayan mountain in northern India, or under a tropical waterfall as you cleanse any inch of sin from your soul.

Released by the veteran ethnic fusion label, Generation Bass and as a part of an album entitled DAMA DOFF, E.Reflexion covers almost every electronic sub-genre throughout this journey. There’s elements of dub, trap, jungle, drum n bass, IDM and ambient music, however the whole release is glued together with an overall aesthetic of colourful production and utilization of tens of elements, everything from synthesized sounds to instruments and ambient noises of forests, bazaars and etc. It’s difficult to pick favourites on this album as its highly subjective and the vibes are all brilliant but Medina and Kankourang Trapping are two who I highly appreciated. This whole album’s up for grabs for free so dig in as you please.

A beautiful composition by beatfarmer, covering the classic side of lounge world fusion Buddha Bar music but as produced in 2016 with clean deep subs, whirling melodies, soul-lifting pads and subtle yet effective percussive blips and blops. The overall sound reminds me of Kuba, Shulman, et al. and the beautifully positive and mysterious domain of mid-tempo psychill. Another crystal clear gem stone in beatfarmer’s vast mosaic of ethnic fusion music.

Yes, we released this track ourselves this month and this is a shameless attempt at selfish promotion, but not just because we can. Byzantine Time Machine submitted this tune to our moderated SC group and I was stunned at the level of detail. The duo who are active members of various ethnic folk bands recorded all instrumental sounds in this tune, leaving the computer work only for the 808 bass and various small blips and blops. The result is this smashing piece of Byzantine trap.

Albeit not being released in the past month, it came on my radar during the past 29 days and I couldn’t resist to include it as it is an absolutely snaking 808 assault from this dark trap producer that stands kilometres above releases in this style. While other producers are resorting to cheesy over-synthesized lead sounds to create an imitation of a Middle Eastern soundscape, BLVCK MXGIC uses a decent range of organic instruments and percussions to creature FVDED. This sound takes the TRVPLORD term to next heights transforming into TRVPMULLAH.

Do Hits – Presents Year of the Monkey

The Chinese outfit, Do Hits are back with another fast-forward-thinking compilation with tracks from a heap of the label’s beat gurus. There are a lot of generally good songs on this that bring something new to the table, with stand-out ethnic fusion tracks coming from Sususu, Lofimaker, Sonia Calico, Guzz and Jason Hou. We can go on about Do Hits album as much as we do every month but I don’t think there is a need for it, we all know they are one of the most innovative producers in this field at the moment, hands down.

I didn’t quite know where to fit this one in our current genre categorization. Frankly and gladly, genres are getting so mashed up that it’s sometimes difficult to spot a difference. Shūnya came on my radar way before this blog started and he’s always been a ninja producer in the shadows to look out for as he can come out with this month’s album out of nowhere, sounding something like a mix of IDM, trap, Bjork instrumentals on steroid, world music and children’s lullabies. This album has this genre-less style all throughout and it operates on master levels of craftsmanship, and a few of the tracks such as The Unmanifested Consciousness Being Bliss Awareness, Lost in the Woods & Kyoto Foothills featuring Sangeet Mishra are definite standouts. The mentioned ode of being for Shunya’s dad who passed and his son who entered make this journey ever more endearing and personal.

Our second choice of the month from this bang-heavy 808 style with that dark trap galore, ghost-massacre strangulation, resident haram attendee swagger, dab king hookah fire-starter sound. Smash this at your local pub and have racists complaining to get the immigrant’s out of the sound system, or at your next belly dancing gathering to spread twerk-heavy hip-rustling awareness across the globe.

From the deep helms of Middle Earth, where beasts recline on gold-plated thrones after feasting on the souls of to-be-martyrs, a shroud of dark mist arises, engulfing all dreams and visions which were dear, only to give way to this auditory tale of tribal slaughter and mystical malice. TOTEMiC delivers with Shroud, a haunting minimal drum n bass soundscape, mirroring evil spirits from ancient times.

The previously featured artist, SIKADA comes out with this two track EP at the very last hours of February to close the month’s explorations on a superb fast-paced note. The two-track EP mixes elements of gypsy / electro swing with driving neuro-styled bass and a ghostly liquid atmosphere. It’s refreshingly different to neuro bass music, electro swing and common ethnofusion music. The bass design really complements the whole package, with moments in the album sounding like techno and garage; a desert fusion of Bristol bass and minimal techno, if you will. A favourite moment can be identified as the final 1.5 minute of Dahaka’s Lullaby with its insanely smooth but strange rhythm.

Every often, Celt Islam explodes with a barrage of bassy Sufi goodness that ranges from blissful Islamic reggae dub to straight up desert neurofunk. Expansion is one closer to the latter side of the spectrum, with deep wubs, gritty lead synths, tablas and all the usual Celt Islam suspects. Sounding like a composition from his Generation Bass album, the track travels at intergalactic rate with raw amounts of cybernetic trans-dimensional shuttle fuel and wormhole-inducing character. Another banger for your inner-Sama party. 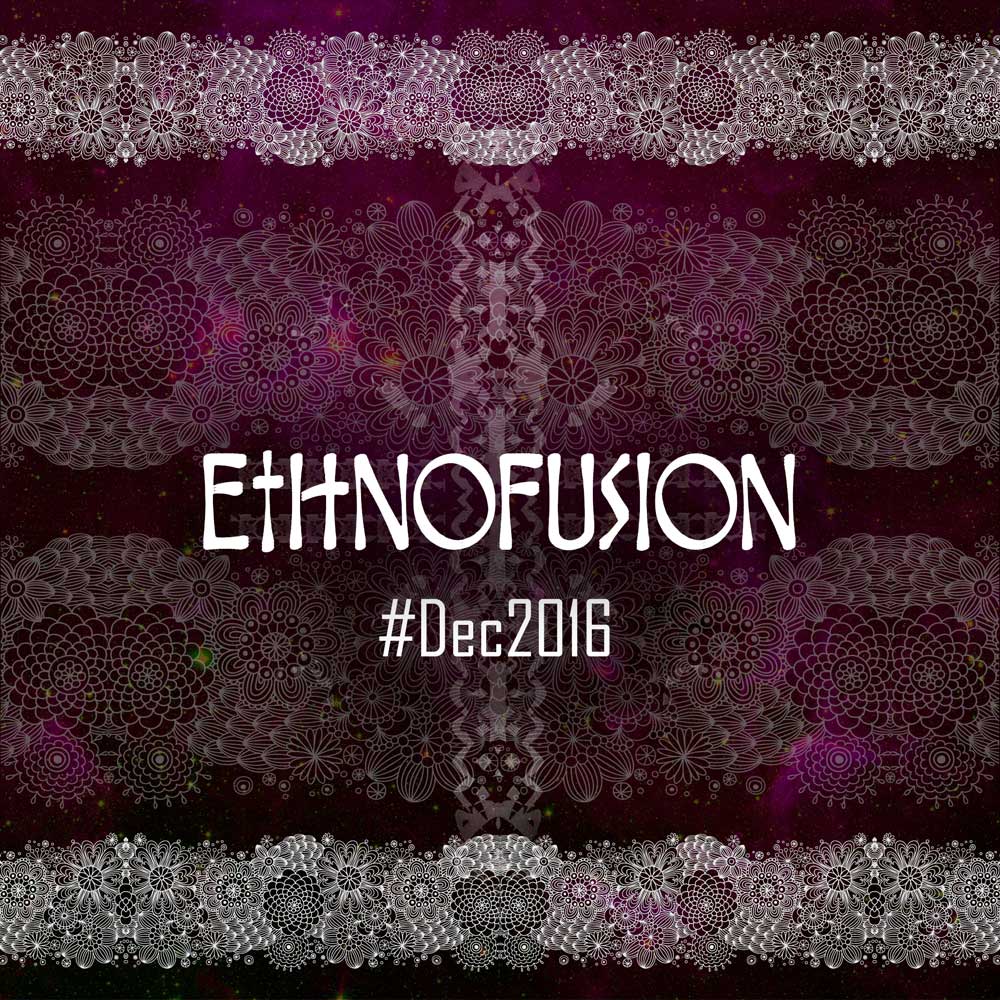