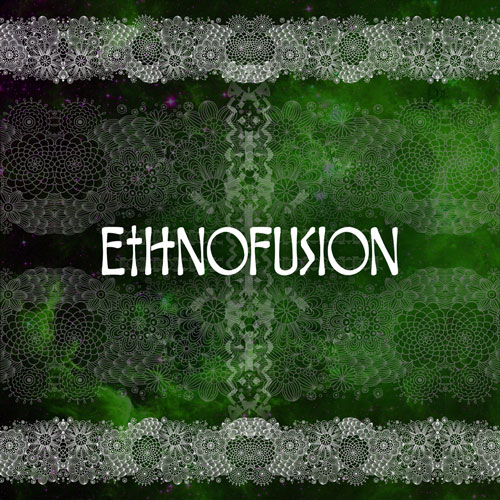 Rounding up our Ethnofusion articles for the year and looking forward to 2016, we have a whole bunch of carefully picked tracks from all ethnofusion artists who vaguely enter our periphery, including tunes from CloZee, Oudjat, Space Jesus, SOOHAN, Zwirek & many more.

Weighing in at a hectar cubed volume of pure iron, Khanum enters the 140 zone with this wailing bassquake, large enough to make sound even in space. Sufi-style trailspeed sludgy heaviness doesn’t come much finer than this one.

Keeping true to the reggae roots rubadub vibrations, Dub Size delivers on the soft side of the ethnic dubs with this EP, keeping it OG classy with the aid of varied instrumentations, superbly executed panning and mastering and deep driving basslines. The stand out track is certainly the title track while The World is a Fine Place also delivers across the checklist board with steppa goodness and La Plune’s trailspeed breaks / dnb aesthetic spicing up the delivery speed of the overall vibe. Fine release for all mesmerized by masala old school dub/dubstep.

As a part of Chris Komus’s new EP on Shanti Planti, his effort of remixing Quanta’s recent Create Culture is top notch. The tune is perfect parts unpredictable and soothing, with an immaculate ambiance filled with dribbling melodies, effects and other jazziness. Definitely enough richness in this for discovering new sounds on second, third, …, and tenth listens. Super dense production, super crispy goodness. Definitely one of the month’s top five.

An absolutely stunning production, sharper than a laser cutter, deeper than a supermassive blackhole at a galactic centre, and more atmospheric than a 20.1 surround sound 3D cinema.; Clearlight smashes the Outtallectuals criteria for production with use of foley and plentiful unique touches, creating a future ancient tribal condition that will almost certainly wash any ego of stains before spraying it with rainbow coloured uranium bi-products.

It’s difficult to fit Darj’s vaguely titled EP under the ethnofusion umbrella, but there is something about its haunting tribal atmosphere which creates that ancient ghostly ambiance that a large body of ethnic dub tries to capture and it does so without the use of any obvious eastern melodies. It’s really quite easy to imagine all sorts of ancient rituals, sacrifices and herbal OBEs to this song and as it is often said in this column, this visualization-conjuring capability is true indication of great musicianship.

Last month, we featured Ghana Sound System’s remix of one of Loba’s recent tunes and this month we have this one to follow it up. The cyborg mantra title is certainly indicative of the style employed in the tune, with the digital skanks and stepper drums brining the bionic feel to the mystical mantra vocals and scales. Sweet meditative digital root sound perfect for both sufi dancefloors and sneaking up on snakes to steal their poison.

While it is assumed that this is a remix / flip of traditional Turkish music, Kaytan Dub’s execution of Aman is top notch within the deep dubstep genre. Shame that the tune is quite short as it could easily do with another section, but for anyone looking for deep Turkish / Azeri style dub, this is the stuff.

Always a pleasure to hear new worldly offerings from Do Hits native Jason Hou who is proving to be a don of deep trappy enchantment that frankly sounds like nothing else. While being a part of Tropical Twista’s recent compilation, the track stands out from the whole collection, and superbly delivering the promise of a track named Gaia.

Short and sweet but smash on point, Kuro’s future bass goodness blends perfectly with this bubbly Japanese vibe and leaves you wanting more. Definitely an artist on the rise here and we’re looking forward to hearing more from him/her/it.

One of the month’s most ‘banger’ type, Umru’s tune somehow manages to make chiptune vocals tough as nails. Not even sure if this counts as ethnofusion but there’s definitely a folklore aesthetic to how it operates. Definitely one for the dance floor but will require a very open mind that can see beyond the trillness of the high-end lead synthesis.

Dokedo is another one from the Do Hits doing it right, delivering the unique Chinese trap sound with the Do Hits signature unpredictable song progressions which mash-up future bass goodness, flutes and trap beats in a perfect covalent bonding.

This one from noclu packs so much hit it almost should be frowned upon / made illegal. Banging its way and anything along it with trappy 10 wheel drive, this is sure to make a turnt up crowd into a mosh pit. Makes you wonder what music they use to hype up extremists in training but this is certainly a contender; play for drunk crowds with care or face potential sword fighting.

The first lady of ethnofusion hit us twice this month with these belters which ooze her signature sound out of any sound system. First, Arena which was released as a part of Street Ritual’s 100th release Global Glitch is a beautiful foresty cross-tempo and cross-genre gem that evolves faster than bacteria reproduce. Her second track, ‘Red Forest’ as released by OTODAYO is another perfectly positive goodie which celebrates nature as much as it does so with music, sounding like a future bass baby of Bonobo music which has grown up into its own reality. CloZee again proves that she is easily one of the most exciting producers of 2015.

Released through DJ UMB’s Generation Bass and as a part of the Walking with Camels EP, Streamer’s work takes compositions from Maurice Jarre and adapts them into a unique Middle Eastern orchestral psychedelic dub / trap format. The exiled producer’s polymathic nature as a choreographer, host and radio DJ certainly affect the versatility of this EP’s sound and its epic cinematic / conceptual feel. With keys from Serbia, guitars from Switzerland and bass from Finland, the EP certainly encapsulates high level musicianship and complexity while remaining to sound simply beautiful in execution.

The dude that currently shows up as second result in SC if you search the ‘ethnic’ keyword is back with this to-be-leased beat that hits ultimately hard. More on the hip-hop side of the spectrum and away from his usual heavy bass banger style, this beat is fresh and one can only hope that it finds its way in the right rappers’ hands.

Somewhat of a supergroup collaboration here, Opiou and ethnofusion dons, Beats Antique’s collaboration gets a revisit from griff into this mid-tempo glitch-hopy groovadelia. It’s unique and funky, detailed and nicely blends the organic and digital elements.

The coming together of Space Jesus and Soohan, even just the way it sounds should intrigue any vaguely intelligent reader to check out this music and the content does not disappoint. The Sultan is perfect parts juke, trap with a great barrage of falling spatial arpeggios and ethnic flutes / voices. This is basically what it would have sounded like if the United States of Arabia was the first to go to space.

If you are looking for bouncy world vibe dance music perfect for football world cup sessions to perfect that Ronaldinho dream, Rafael Aragon’s music is perfect, especially his more uptempo stuff like this tune. It’s a nice break from our focus on hypnotic mystical Middle Eastern and Hindi-inspired music which often tends to be misunderstood as depressing or sad. With this tune, there’s no way that you are gonna get that feeling. Throw this and a football in your set and watch out for vuvuzelas. 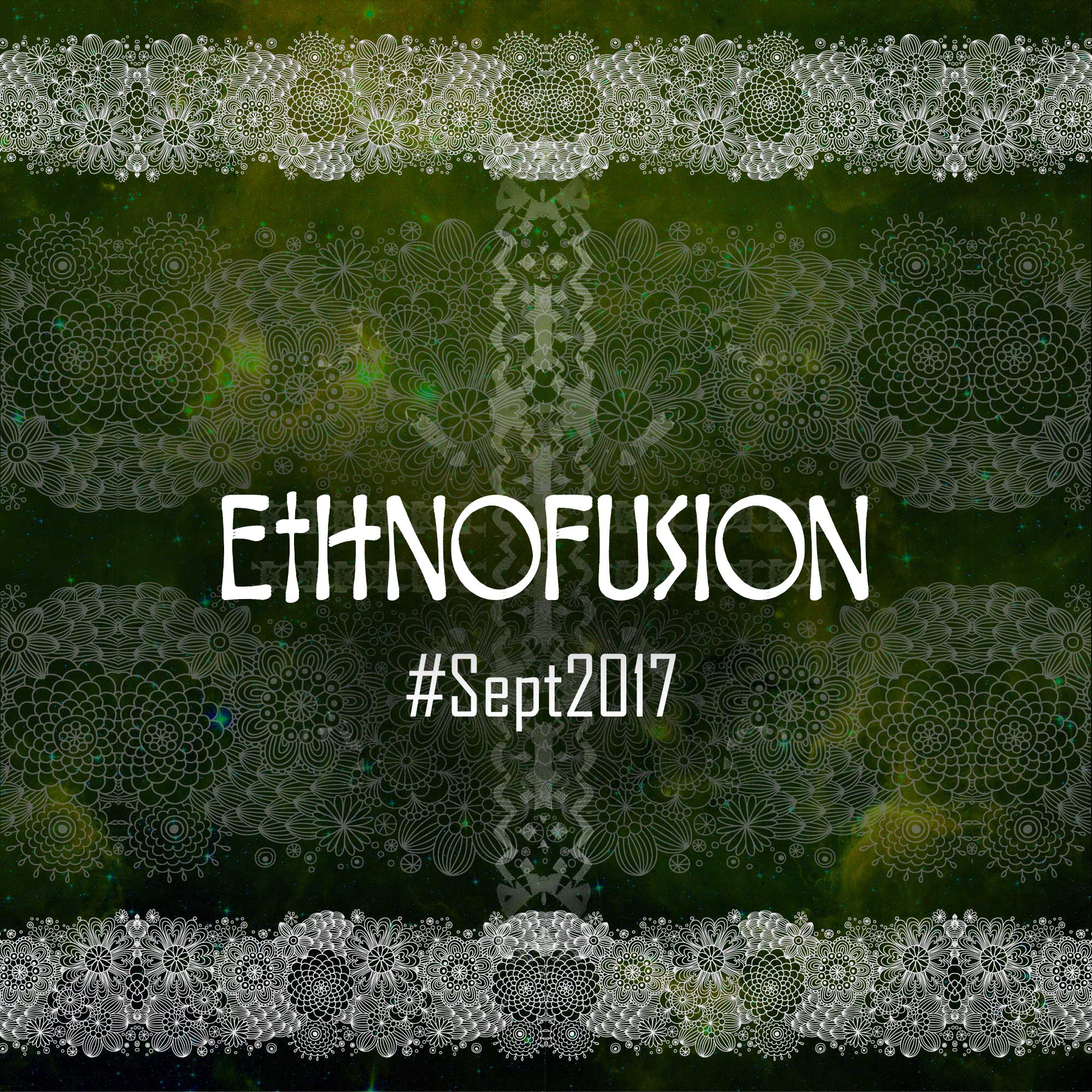 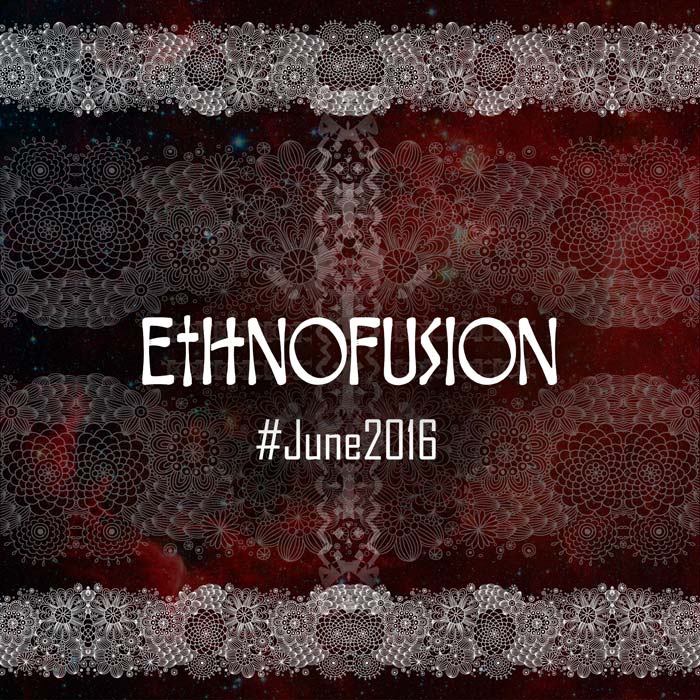